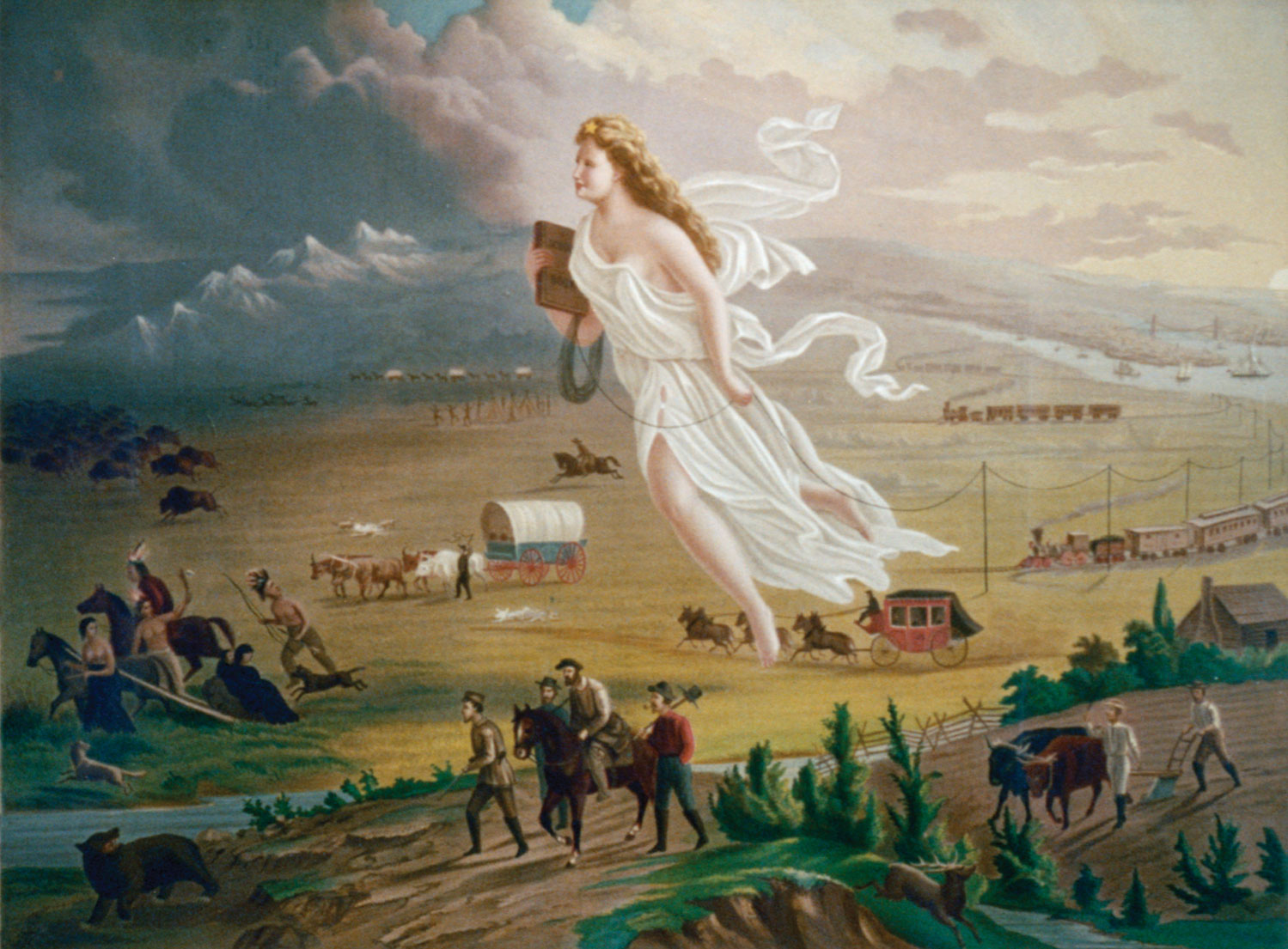 John O' Sullivan created and printed the Manifest Destiny when America was currently in the Mexican- American War. But it first started with removing the indians from the east coast and over the appalachian mountains, further west across the mississippi river. Most of the Native Americans did not resist the Jacksons orders to move further west. Jackson would make promises with the Native Americans and soon break them, telling them that they will be protected there. But until settlers rushed towards their newly protected land, Jackson would once again move them further west until the white man halted their land hungry race towards the west. Just for a little while though. The Creeks on the other hand resisted, for they settled in Georgia and parts of Alabama rejecting Jackson to move westward. Jackson had promoted states rights and put a lot of responsibility on Georgia's government. Georgia stripped their rights and many began to steal their land. Some creeks attmepted to "civilize," while others kept their tradition and held their ground. The Creeks were soon forced to move westward due to signing a treaty to be relocated, conflicts between whites and indians and the milita from Georg and Alabama rounding up the Creeks to force them to leave. Another great resistance to the Indian Removal were the seminoles in Florida. At this time florida was acquired by the United States and seminoles were alarmed by the removal, but they were forced deeper within Florida, the swampy and humid area. Jackson had sent many expeditions to arrest and acquire the Seimnoles, but one ofter another, the militia were not prepared for the Seminoels guerilla warfare. Not to mention, General George Washington had once given advice to one of his officers, "General St. Clair, in three words, beware of surprise. . . . again and again, General, beware of surprise." The Seminoles soon were weak and were running out of food, being forced to surrender. The Mexican American War was dirty, grievous and bloody. Polk had wanted California and Oregon before being elected as predient in 1844. Polk messed and teased with Mexico by standing on the peacful border across Matamoros of the Rio Grande, which was identified as the border between Mexico and the US from both american and mexican civilians. Polk had sent in a suicide squad on the border waiting for Mexico to shoot the first shots led by General Taylor. Taylor had sent out a scout, eleven days later he was found dead. The Spot Resolution was very popular, for it was proclaimed by Abraham Lincoln, as the HOR of Illinois, asking to see where american blood was shed on American soil. Polk had General Taylor in charge of all the regiments and thousands of volunteers poured in to fight Mexico. On the trips towards Mexico, the ships were dirty, men became very sick and arms and legs were on the ground from amputation. The American Anglo- Saxon army had swept through Mexico, pushing Santa Anna deeper and deeper within Mexico. Most of the men had deserted, died of disease or their times expired for their service. Many men volunteered for 160 acres of land and about $20, which were fullfiled. The war had ended when America had captured Mexico City, and as the troops had entered Mexico city after bombarding them this is what a mexican merchant spoke, "In some cases whole blocks were destroyed and a great number of men, women and children killed and wounded." Mexico's army was weary, weak and had fallen by half.