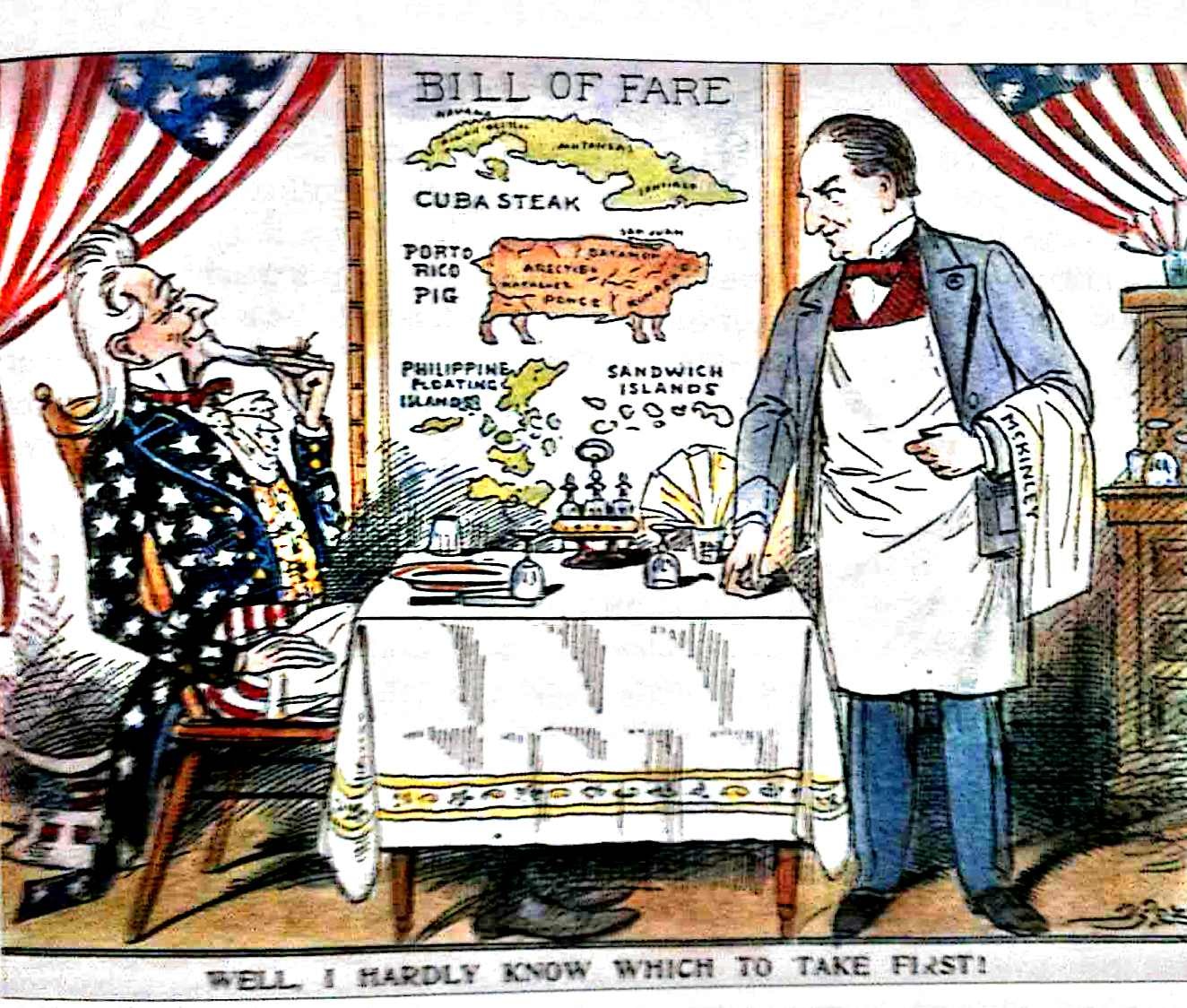 The start of Americas intrest was due to many factors. During the late 1800's, the Cuban Revolution uprised once again and seemed like an easy pickings from Spain, this was after the Scramble of Africa and land to colonize were looking to be scarce. Cuba had tried to convince America to come join them in revolting against Spain, but McKinley was hesitant. McKinley and the gov were greatly influenced by yellow journalism, economic support, nationalistic effort and competition to be #1. When America was exposed to the Dome Letter and the Maine ship blowing up, war had started against Spain. In the Phillipines General Dewey had started a revolt against the Spanish and in less than a year, America had controlled both the Phillipines and Cuba. In the 1900 election, McKinley won reelection but was assasinated by an anarchist days later. Roosevelt became the youngest president ever and was very ambitious. Hawaii was an ideal place for control, white men had revolted and overthrown the Queen of hawaii but annexation was postponed until a war broke out in Hawaii, later having Hawaii become a state. Not to mention, with the US winning the Spanish- American War they gained Puerto Rico, Phillipines and Guam. America gave Cuba independence and was also to gain the MidWay Islands. Furthermore, TR was ambitious to make a canal from the pacific to the atlantic from latin america, TR led a revolt in Columbia by the Panama people and were very successful. The canal was finished in 1914 with tough labor due to the yellow fever from mosquitos. First Page Second Page Third Page