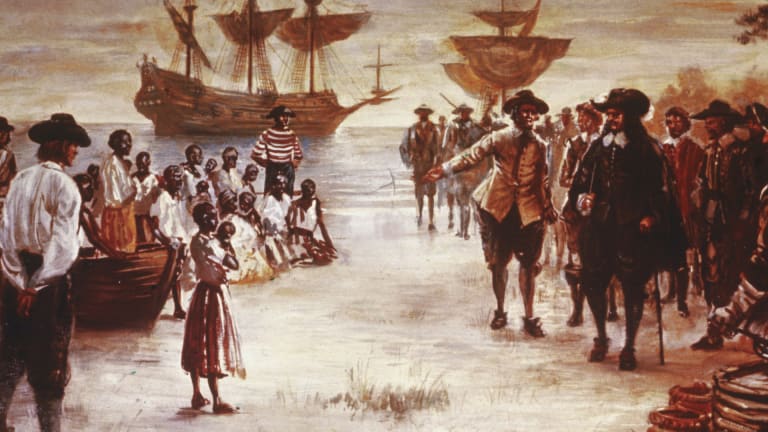 Where it all Started

There is not a country in world history in which racism has been more important, for so long a time, as the United States. At this time of the world, slavery was very normal and natural. But, the Indians were tough, resourceful, defiant and were at home. This had occurred on the east coast of America, thus having the English men resort to importing black slaves. In addition, white indentured servants in English were not enough to supplement the needs of the people as times there were hard, cold and tough, calling for black slaves. The start of the regular trade of slaves occurred fifty years before Columbus, the Portuguese took ten African blacks to Lisbon.Furthermore, Africa had a kind of feudalism but did not come out from the slave societies of Greece and Rome. In this case, Africa was vulnerable and with the Europeans having weapons, Africans were easily taken advantage of. Not to mention, slavery existed in African states but acted like serfs in Europe. What made slavery so horrible in the Americas was the frenzy for limitless profit that came from capitalistic agriculture, the reduction of the slave to less than human status by the use of racial hatred. In addition, the orthodox dictionary described black as evil, corrupt, and bad, just starting the different pov and treatment upon Africans. The first American slave ship was called the Desire sailed from Marblehead, in 1637. Slaves were treated differently than white indentured servants, worse, many may say they weren't, but they were. The Middle Passage was similar to the passage in which the indentured servants took towards the Americas, causing many to die. But, were not as bad as the Middle Passage with bare room to even breath, no food, no water, causing many to eat their fellow passengers and the ones that did make it alive, were ideal for working upon plantations, due to their fit survivorship. When America expanded its borders after declaring their independence upon Great Britain, it was for the expansion of slavery. Not to mention, while forcing and moving the Indians further west, it brought more slaves, thus expanding slavery in the United States. Jefferson once said, "...Two measures are deemed expedient. First to encourage them to abandon hunting...Secondly, To Multiply trading houses, among them... leading them thus to agriculture, to manufactures and civilization..." Indian removal was necessary for the opening of the vast American lands to agriculture, to commerce, to markets, to money, to the development of the modern capitalist economy. Americas economy was dependent upon slavery capitalism and would only be promoting abolished once the second industrial revolution occured in the United States.